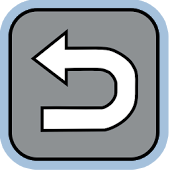 About Us
About TCP
Vision
Serves the nations as a highly motivated corporate entity responsive to national needs and modern trading challenges.

Mandate
Setup in 1967, TCP acted as a public sector trade house for exporting of agriculture and consumer goods and import of essential commodities under the specific directives of the Government. However in January, 1995 the Federal Cabinet assigned the following new role to TCP:-

A. Imports:
Essential commodities in emergent condition as in the past;
Soyabean Oil in future PL-480 Programme and CC Credit;
Palm Oil from Malaysia under Malaysian credit;
Import of Industrial raw materials and other selected bulk items.

B. Exports:
Export of selected items Produced by public sector corporations, agencies, etc.
Utilization of export credits offered by the Government of Pakistan to other countries (commonwealth of independent States (CIS)/Central Asian Republics (CAR)/Malaysia, African Countries, etc)
To undertake and develp export of fresh fruits/vegetables and minerals in collaboration with and on partnership basis with the private sector.

F. Import of Urea:
TCP also import urea to meet the domestic shortages. The Procurement activity starts well head of the swing season and is carried out under Government Direction..

History
The Government of Pakistan set up TCP as private Limited company in July 1967 under the Companies Act 1913 (Now the Companies Ordinance 1984), with sole ownership and under the administrative control of Ministry of Commerce.
TCP is acting as a public sector trade house i.e. export of agriculture & consumer goods and import of essential commodities under specific directives of the Government.
The initial paid up capital of the corporation contributed by the Government was Rs. 2.5 million which was subsequently increased to  Rs. 7.5 million in 1971 against authorized capital of Rs.100 million.
TCP's Paid Up Capital was subsequently increased to Rs.100 million by issuing bonus shares of Rs.92.5 million in 1978-82 through TCP's own sources i.e. profit. In December 2005, the authorized capital has been increased to Rs. 1,000 million. And action to increase the  paid up capital by Rs. 685.805 million is in hand.
At the time of its inception, TCP had the monopoly of importing selected industrial raw material. Ferrous and Non Ferrous items to supply industrial commercial consumer.
From the year 1980-81, the government decided to remove the monopoly of TCP on imports of the country.
Till 1989-90, all items of imports being handled by the TCP were placed on free list, except the import of edible oil under grant/aid and  import in emergency under specific government directives.
The Federal Cabinet in its meeting held on 4th Dec,1996 approved the merger of CEC and RECP with TCP. RECP and CEC were merged in  TCP with effect from January 19, 2001.
In the year 1999-2000 the Government assigned new role to TCP keeping in view the fact that there was a need for such an organization to stabilize the prices.